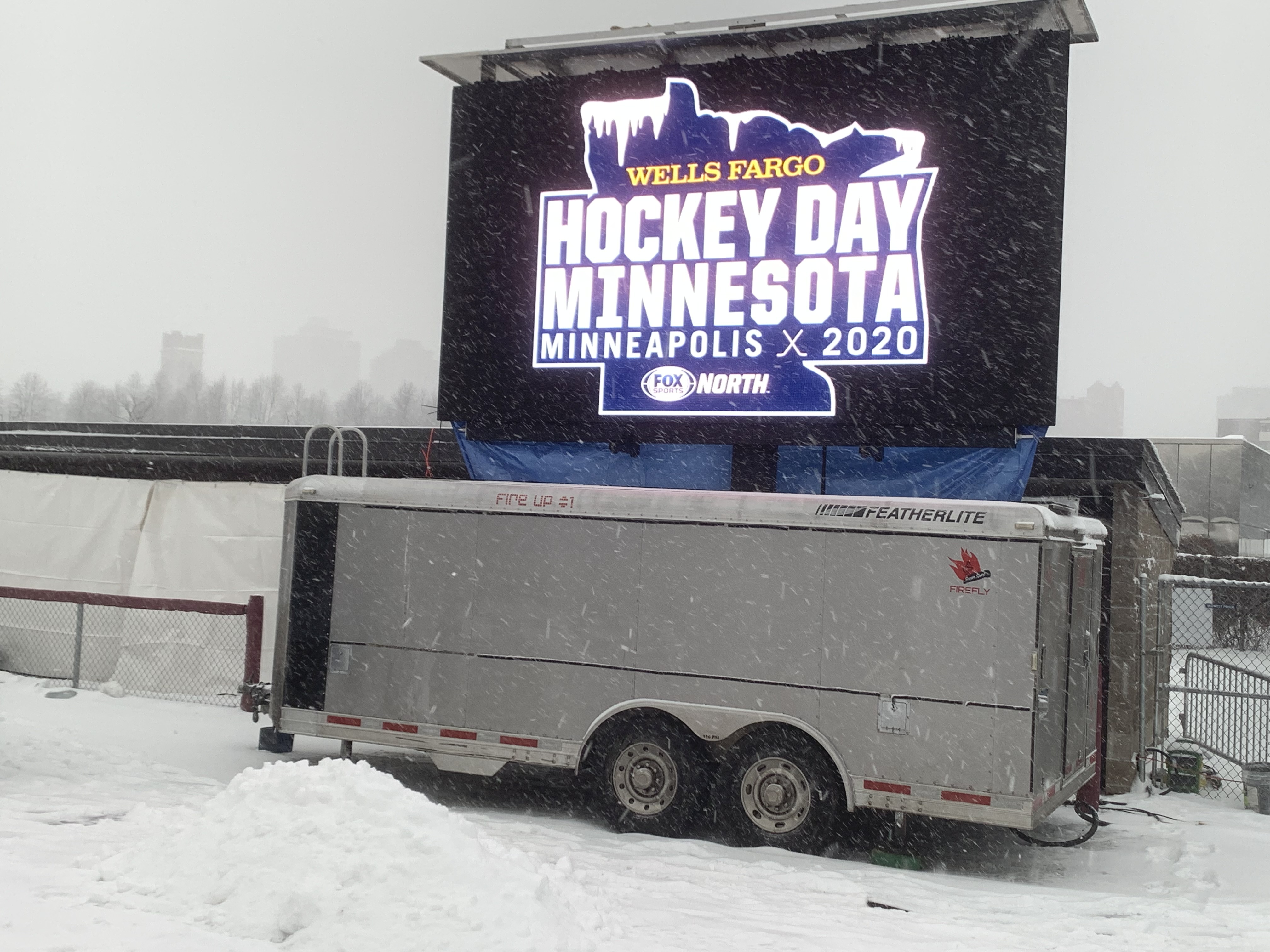 At Fire Up Video we are proud to have been a small part of yet another year of Hockey Day Minnesota, this year held at Parade Stadium in Minneapolis. The city put on another great event, and we would like to thank all the staff and volunteers that helped make it so successful. Our jumbotron video screens were once again a part of the event, being used near the rink as the official scoreboard, as well as to show video feed, the Minnesota Wild game, and video replays.

And now that this year’s Hockey Day is over, the attention shifts to next year’s location, Mankato. Being a part of Hockey Day for many years, we are excited for Mankato to host the event this year. It is a great hockey town, with great organizations from the college level of Minnesota State University, Mankato, all the way down to the local Peewee leagues. We are sure that Mankato will have a lot to offer and put on a great event for the community.

We have several screen options available, including two 8.5×15 foot mobile screens, two 12×19 foot mobile screens, and a large inventory of modular LED tiles that can be used to build a custom-sized screen anywhere on the grounds. In past years we have had multiple video walls throughout, including rinkside, for overflow viewing areas, and remote party areas, as well as strings of monitors indoors and in VIP tents. 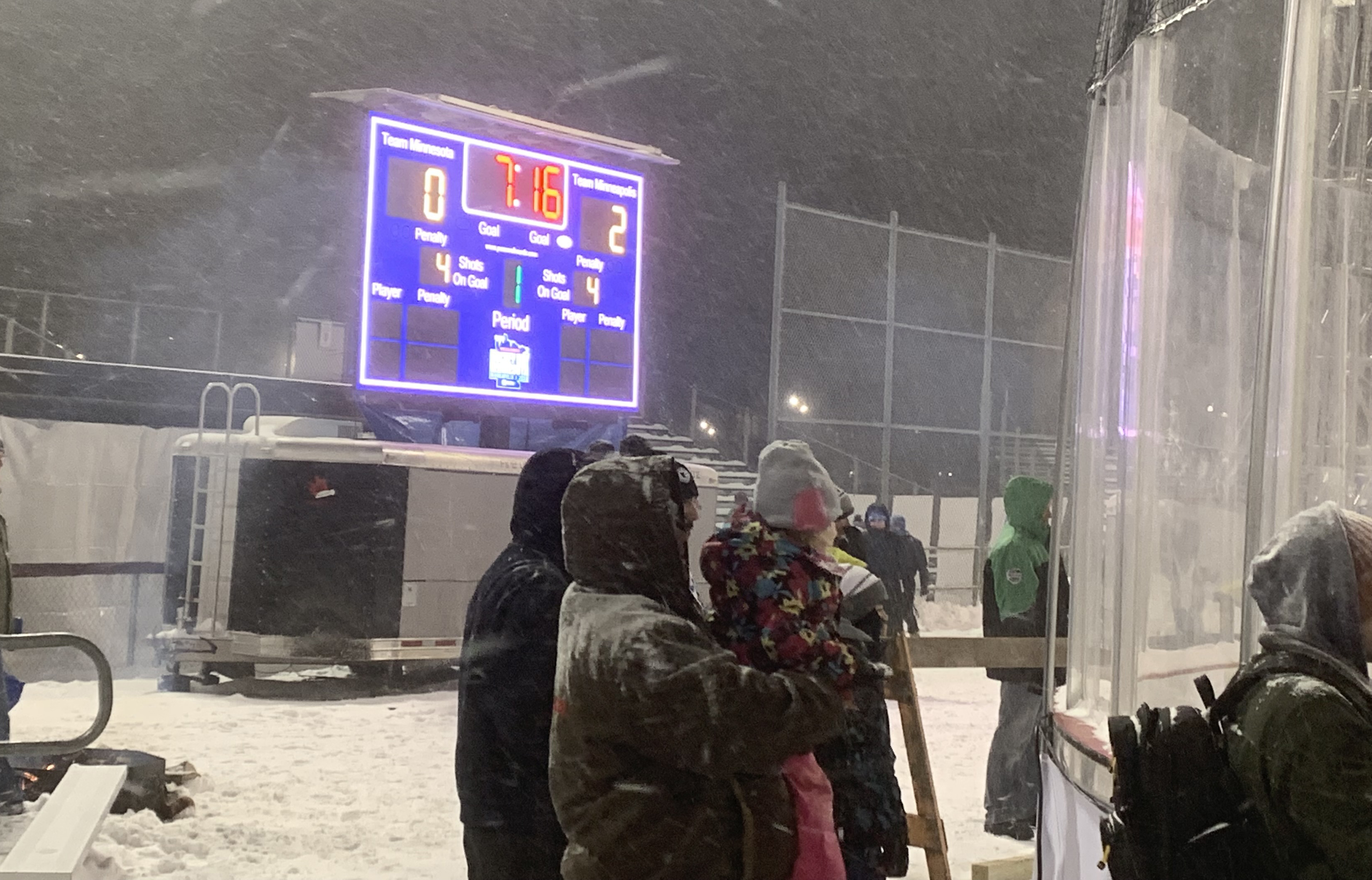 Our video boards are commonly used primarily as the scoreboard to be seen by players, coaches, refs, game officials, and fans. We can also use the screen to display the stream from Fox Sports North, as well as showing the instant replays of the game. Another great way to take advantage of the big screen is by using it to display sponsor ads and logos between games, at intermissions, and commercial breaks. We can also display live video feeds of any other action from the grounds, as well as event schedules, information, and announcements.

Below is a quick video from Hockey Day Minnesota Minneapolis:

And here is a more full video of Hockey Day Minnesota two years ago in St. Cloud:

Fire Up Video provides LED jumbotron screen rentals for events all across the Midwest, including states such as Minnesota, Wisconsin, Illinois, Michigan, Indiana, Ohio, Iowa, Missouri, North Dakota, South Dakota, Colorado, Nebraska, Kansas, Kentucky, Tennessee, and more. For more information or to rent a video wall for your next event, please contact us at 612-759-1012.