Plan Your Denver, CO Event with an LED Jumbotron Screen 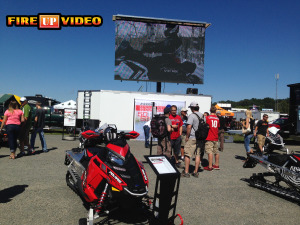 Rent a mobile LED screen for any event in Denver, Colorado

The Mile High City, Denver, is the most populous city in the state of Colorado, as well as the 21st most populous in the United States. It has a 2014 estimated population of 663,862 residents, while the ten county Denver-Aurora-Lakewood Metropolitan Statistical Area  has a population of 2,697,476. Sitting 12 miles east of the foothills of the Rocky Mountains, Denver is a booming city hosting many large events and drawing in tons of visitors to the city.

If you are planning one of these or one of the many other events of any size in Denver, CO, you want to find a way to make your event different and more exciting than some of the others that you are competing with to get attendees. One great way to do just that is to rent an LED Jumbotron TV screen at your event. There are many ways that you can use the mobile screen at your event, such as to show live action from your event to display to the entire crowd, play pre-recorded videos or slide shows, give event sponsors some ad time on the Jumbotron, any combination of those, or just about anything else you can think of. The LED video board is great for your audience, and sponsors also love getting some time on the big screen, rather than just the typical poster or banner.

If you have any questions or would like to ask about renting a mobile big screen TV for your outdoor event, please contact us at 844-5338848 or baum3@earthlink.net, Along with providing service to Denver, we also serve all of Colorado, as well as other states in the Midwest such as Nebraska, North Dakota, South Dakota, Iowa, Minnesota, Wisconsin, Illinois, Indiana, Michigan, Missouri, and more.