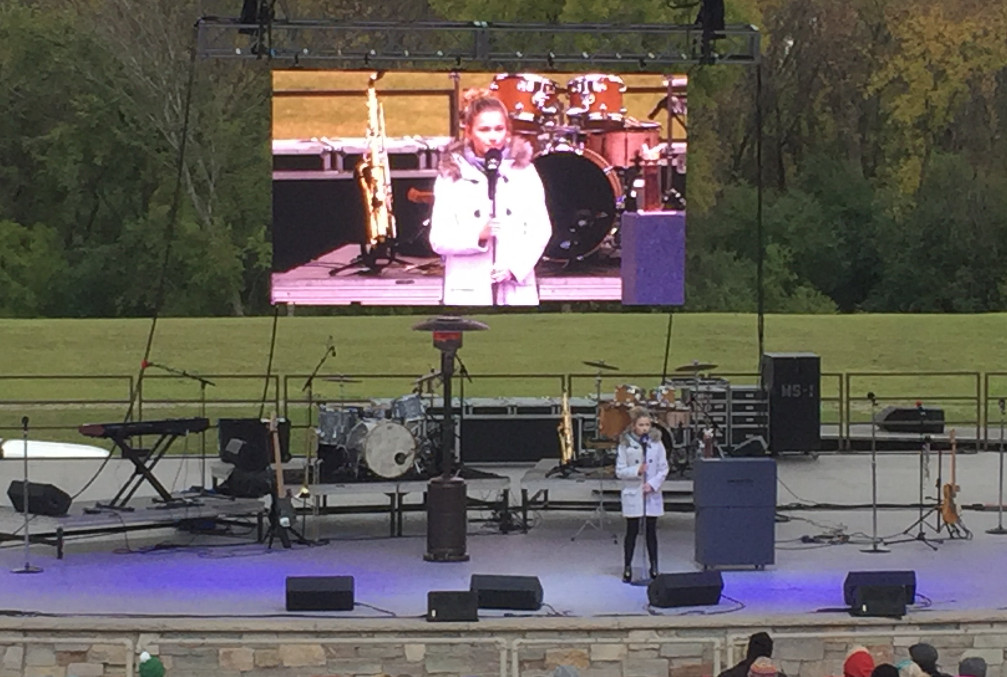 Recently Fire Up Creative had the opportunity to work the video portion of a show for the 2017 winner of America’s Got Talent, 13-year-old Darci Lynne. Sound Central was the sound, stage, and lighting team that brought us in as the video support, as we work closely with them on a number of events each year.

We used our 4.8 mm indoor/outdoor modular tiles to hang from truss Sound Central rigged from the ceiling of the amphitheater. This screen served as a backdrop for the live performance, playing canned animations designed as part of Darci’s live show, mixed in with live camera IMAG shots. 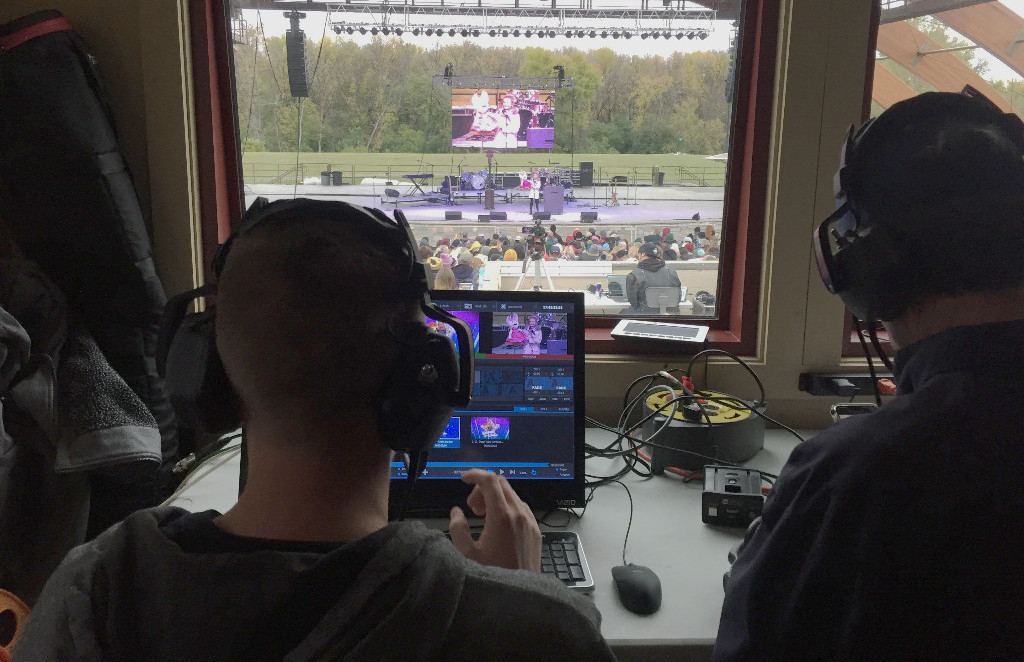 We provided a two-camera shoot, and due to a technical issue with some of Darci’s team’s AV gear, we also did the switching for the canned animated video that played on critical cues throughout the show. Cody Baum, pictured here, worked closely with Darci Lynne’s show producer and the show went off without a hitch. Pretty amazing, as only an hour before the show, it was unclear if the show would go forward at all, with Darci Lynne’s video computer on the shelf.

Quick thinking and a team effort with all parties allowed us to move all the files from their box to ours to get them all loaded and organized with only minutes to spare. The crowd of around 3,500 that filled the amphitheater was none-the-wiser and the show was seamless.

Fire Up Video, along with Fire Up Creative, provide LED video screen rentals for events across the Midwest, including states such as North Dakota, South Dakota, Minnesota, Illinois, Wisconsin, Iowa, Missouri, Colorado, Kansas, Nebraska, Oklahoma, Michigan, Ohio, Indiana, Tennessee, Kentucky, and more. For more information on either our modular LED screens or mobile video walls, please contact us at 612-759-1012 or baum3@earthlink.net. 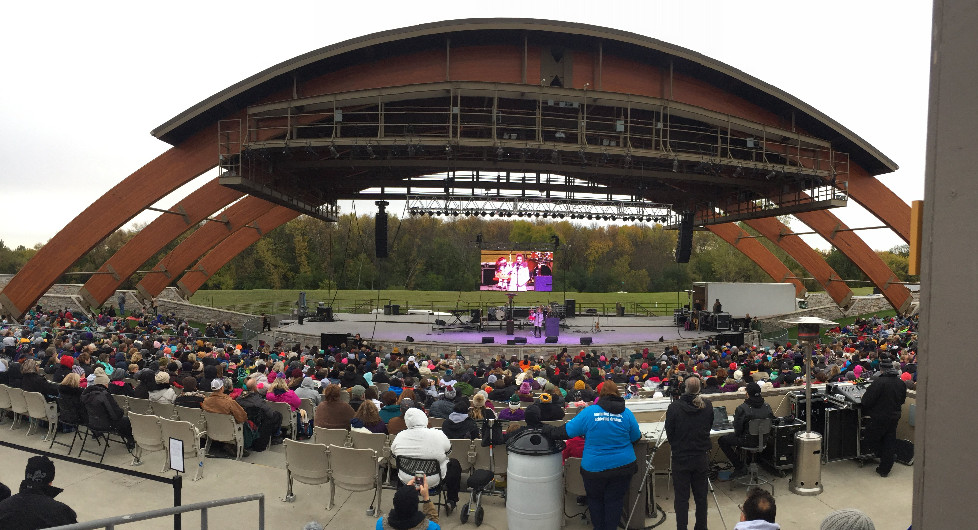