Rent a Jumbotron Video Wall for NHL or NBA Playoffs 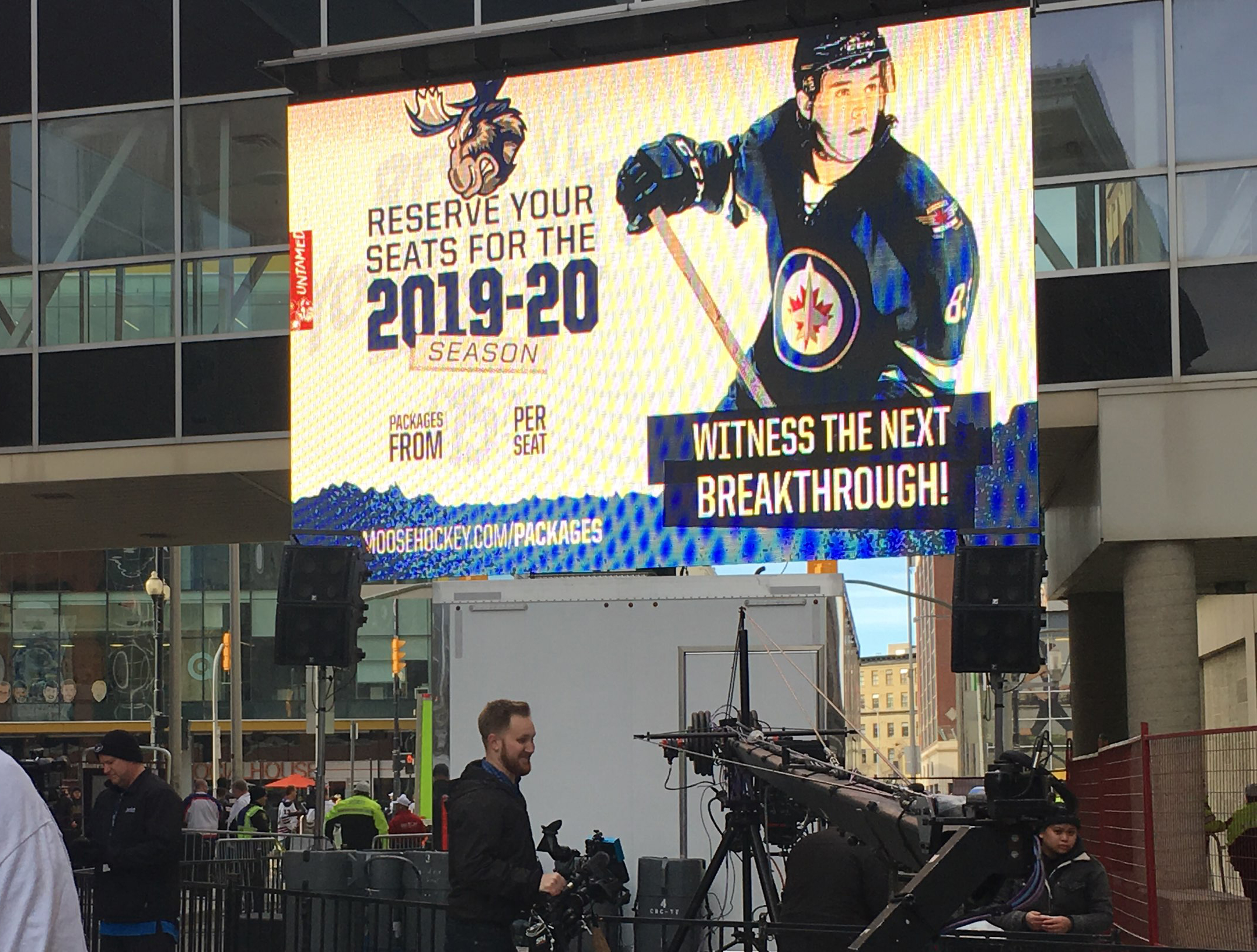 There’s nothing quite like the playoff atmosphere in sports. Teams and players work all year, and even most of their lives to make it there, and eventually win the championship. And many fans can be extremely passionate and invested in their team. That’s why there is so much excitement and dedication surrounding the playoffs. And we think it’s important to help support all that excitement. Adding a giant LED video wall to an event around the playoffs can really help draw in guests and create that excitement.

At Fire Up Video, we have a fleet of different mobile screen options for these sporting events. Many teams have large viewing parties outside their arenas or nearby where thousands of guests gather to watch the game. Whether it’s for an away game or overflow for those that couldn’t get tickets to the home game, their is typically large parties surrounding these games. These events may be hosted by the team, or by a third party bar or other business that just wants to draw in more attendees to their location. Either way, we can help accomodate this with our large video screens.

On top of playing a live feed of the game, the screens can be used in other ways before or after the game itself. We can plug in live cameras to get shots of the crowd to display directly on the screen, as well as shots of anything happening on a stage such as bands, speakers, players, or other activiities going on. We can also play promo videos and highlight reals of the team to energize the crowd. The big screen is also a great way to help pay for the event by giving your sponsors some valuable time on the screen.

The first round of both the NHL and NBA playoffs is already well underway, but there are still several rounds to go, and with each round a team advances, the more of a big deal it becomes, and the more excited fans get, so the need for a screen may increase the further a team gets. Unfortunately, the three teams that we were working with this year have been eliminated in the first round. Some bad luck for us, but that’s the fun of sports, you never know who will win. NHL teams such as the Dallas Stars, St. Louis Blues, Colorado Avalanche, Columbus Blue Jackets, New York Islanders, Carolina Hurricans, San Jose Sharks, and Boston Bruins are going on to the second reound. And in the NBA, the Houston Rockets, Portland Trailblazers, Denver Nuggets, San Antonio Spurs, Milwaukee Bucks, Boston Celtics, Philadelphia 76ers, Toronto Raptors, Los Angeles Clippers, and Golden State Warriors are still alive and looking to keep advancing towards the finals. For any of these teams or event planners in the area looking to fire up their party, please look into a jumbotron screen rental for your tailgating or viewing party.

Fire Up Video provides LED screen rentals for sporting events and other outdoor events all across the Midwest and beyond, including states such as Missouri, Wisconsin, Illinois, Minnesota, Iowa, Michigan, Ohio, Indiana, Tennessee, Ohio, Kentucky, Colorado, Kansas, Nebraska, North Dakota, South Dakota, and more. For more information or to rent a big screen TV for your next event, please contact us at 612-759-1012 or baum3@earthlink.net.